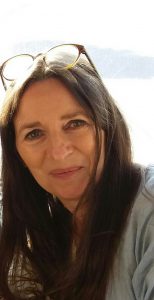 Mondays  I shall be offering Shiatsu in the small yurt at the Well Being Centre. Sessions are  one hour long. Investment :£50 for the hour. Concessionary rates available. To find out more about these sessions and to book please call me on 07876631505 or email me on louiseneter@gmail.com

Shiatsu is a healing art, originating in Japan, which uses the power of touch and pressure to enable each of us to contact our own natural self -healing qualities. In a Shiatsu session the Practitioner uses pressure with thumbs, fingers, palms, and sometimes knees, elbows and feet, to induce deep relaxation and a feeling of well being. It is sometimes dynamic, sometimes seemingly quite static, involving pressure on the limbs and torso, as well as rotations, the kneading and releasing of tight muscles and supporting areas of weakness.

To receive, Shiatsu is deeply relaxing and yet invigorating, leaving a feeling of tranquillity and a sense of being in touch with every part of one’s body. Giving Shiatsu is a like performing a moving meditation and often leaves the giver feeling as balanced and energized as the receiver.

Shiatsu was developed from traditional oriental massage and, in common with acupuncture and other oriental therapies, it works on the body’s energetic system, using the network of meridians, or energy pathways, which connect to the internal organs, as well as relating to our emotional, psychological, spiritual  harmony and well being.

The concept of the body as an ‘energetic’ organism comes from ancient Chinese thought, and through centuries of experience and study it has evolved into a system of medical theory and practice which is rich, poetic and life changing! This concept is now increasingly being acknowledged and explored in the West. Energy, known as Ki in Japanese (Qi in Chinese), flows through the body, rather like a system of rivers. Things may happen to upset the smooth flow of Ki causing blockages in some areas, weaknesses or stagnant pools in others. These in turn may lead to physical symptoms, psychological or emotional disturbance, or a feeling that ‘things are just not right’!

Shiatsu uses physical pressure and meridian stretches to unblock the ‘dams’-which show up as tight muscles and areas of stiffness-and revitalize the empty areas-which may feel cold, weak or just needing to be held. Oriental medical theory provides a framework by which the Shiatsu practitioner can assess the body’s energetic state and needs, and can explain why the body holds tension in certain areas or points and feels weak in others.

Posted by Nick
Comments Off on Shiatsu with Louise Neter