The Well Being Centre

It all began with a 14ft yurt at Playgroup Music Festival in 2011….! A few years later as a proud owner of the same yurt, made beautifully by the Yurtshop in Battle, I was looking for a semi permanent  place to locate it, during the warmer months of the year, to practice Shiatsu, the holistic Japanese bodywork therapy, Acupressure Massage  and Qigong.

Fortuitously, at our next  Bookclub meeting,  an old friend Jon Ross had been invited to join us. Jon owns Glynleigh Organic Farm, near Hilliers Garden Centre at Stone Cross and he said he may be able to help me out! In exchange for a days work a month on the farm I could put up the yurt from time to time to do treatments. What a wonderful place to work, surrounded by the beauty, fresh air and natural sounds of the countryside. My clients found their treatments more deeply relaxing and restorative than usual. Jon  and his wife Becky were most interested in the work I was doing and loved the yurt. After many discussions, cups of tea and a whole range of delicious homemade cakes and biscuits the idea of a Well Being  Centre in yurts was born. 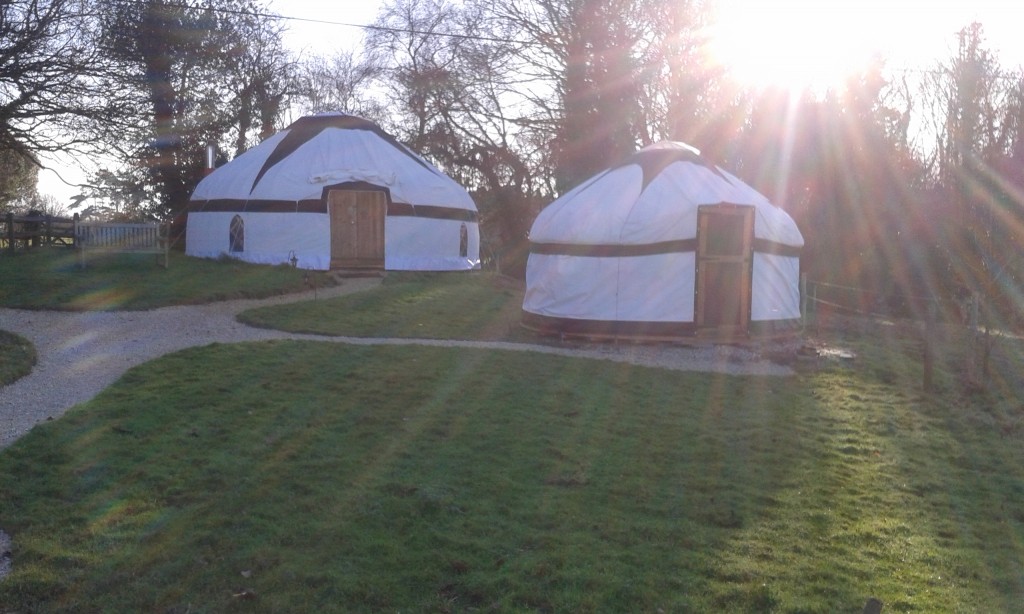 Yurts in the early Spring sunlight

Our Well Being Centre is an environmentally friendly and holistic health centre for complementary and transformative healing work, in all its many forms, on the edge of Pevensey marshes. We  opened  on Monday 23rd March 2015 with weekly classes in the big 24ft yurt of Yoga, Pilates, Qigong and Meditation and others in the offing. The  smaller yurt has available  a range of different therapies such as Reflexology, Aromatherapy, Shiatsu, Massage (Deep Tissue, Acupressure, No Hands) Reiki and Wellbeing coaching. Workshops are planned in Hot Yoga, Mindfulness, Qigong and Meditation as well as monthly Sound healing Gong baths! Both our yurts have beautiful wooden floors and woodburners. There is parking available, washing facilities and ecological compost toilets. We had an Open weekend on Saturday and Sunday 11th and 12th April 2015 with a mixture of free tasters, demonstrations, talks and refreshments. 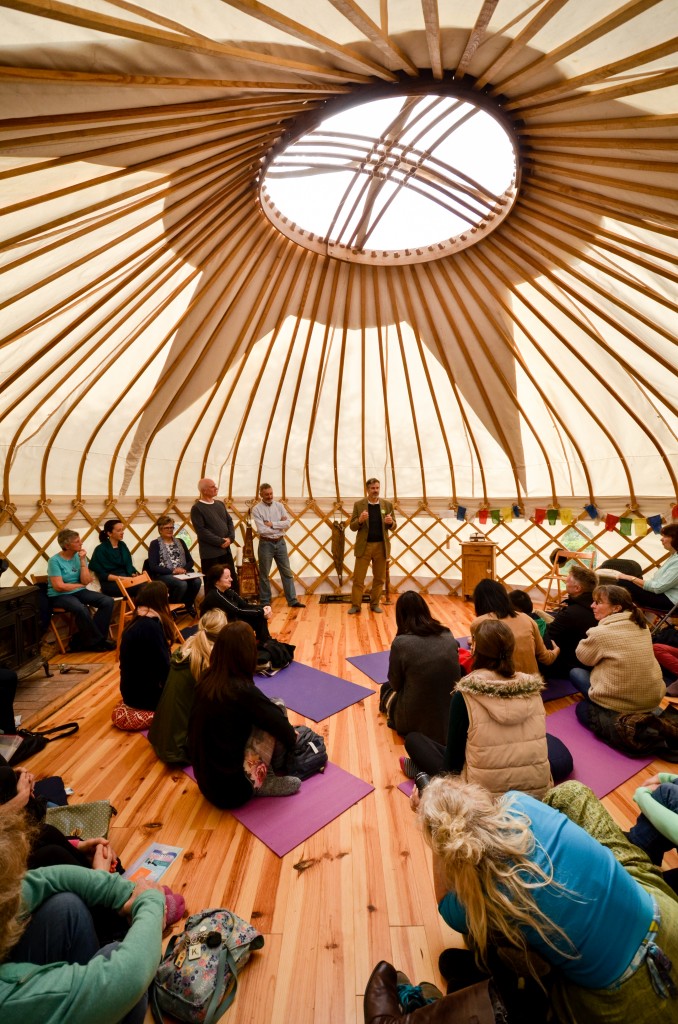 The centre was  officially opened by Andrew Durling of Eastbourne Green Party and Friends of the Earth.  If this feels like something you would like to be part of, please have a look at the website and get in touch with us. We look forward to meeting you and showing  you around the place…!